Alterity is an asymmetrical tabletop role-playing game for 5-7 where a team of criminals and misfits work together on jobs against the corporations, governments, mafias and conspirators trying to control social organizing structures to satisfy their own greed. 3-5 players will take roles in a crew against 1 counter-operative with the game refereed and the stage (re)set by 1 Master of Ceremonies (MC). In the back half of the game, the powerful organizations will further their agendas in response to the crew’s meddling by bolstering their power, pursuing their vendettas, and stabbing one another in the back.

Players can team up by designing a character to join a crew, create their own counterop character to play counterop and make their friends squirm, fill the glossy shoes as a representive a monolithic organization, or any combination of the above to collaboratively tell a science fiction story of resistance, despair, and difference.

Every player gets a chance to roleplay different perspectives of their shared fiction. Rotate the powerful role of counter-operative to a new player for each job, playing cat to a crew of mice. Just don't overplay your hand: just because your employers can buy off anyone doesn't mean you'll be worth the price. Bookend each session with a system for factions to interact and change the world, letting your shared world take you to unexpected places.

The crew—as specialists in unusual activities on the margins of legitimate society—work exclusively with unique and custom equipment suited to the stresses of their work. All gear is invented by the PC using it by installing to 6 one-word descriptors, called tags, that elaborate on what that gear is capable of doing, with each tag’s parameters described and agreed upon by the tag’s creator and the MC.

Tags improve the value and versatility of gear and players are encouraged to be creative when coming up with tags, so long as they respect the value costs associated with installing them. The only constants are that everything that sends a signal can be hacked, everything that needs power can be de-powered, if there are no obvious downsides you probably can’t afford it, and, most importantly: Everything can break.

Thriving on a Knife's Edge

No crew lives the life for long: they’re captured, killed or they disband when they build a better life for themselves. Victory is rarely historical: a crew will pull off enough jobs to eke a living elsewhere or, rarely, they establish something formidable enough to take shape outside the shadows. No matter the case, each individual crewmember works to retire to safety, becoming more competent and connected while they do, and fighting to take control of their lives.

As a result, all PC's work to avoid 2 failure conditions: death or registration. There are all kinds of dangers to espionage and sabotage in a highly fragmented world, and not all of them are as straightforward as others. Characters watch their notoriety escalate with each faction in the world, balancing opportunity with compromise to avoid kicking the wrong hornet's nest.

Taking cues from other analogue games like Netrunner, Arkham Horror, and both the "Powered by the Apocalypse" and "Forged in the Dark" series of tabletop rpgs, Alterity aims to let players create their own story by rotating through a main cast of protagonists and recurring antagonists. The game is also heavily inspired by science-fiction literature from the 1960's until now, and is a tribute to Philip K. Dick, Ursula Le Guin, J.G. Ballard, P.D. James, Nalo Hopkinson, Doris Lessing, K. Sello Duiker, Lauren Beukes, Suyi Davies, Tade Thompson and others probably. Finally, there's plenty of Cowboy Bebop, Final Fantasy, Wachoski Sisters, The Wire and a list that will get well out of control if I let myself continue.

The Story So Far

Alterity is a project that I imagined many years ago, then forgot about, then came back to a year after my life kinda fell apart. While it doesn't feel finished yet, it's closer than I ever expected it would and I think other people might enjoy it.

The current version is a no-frills .pdf file of the rules without any artwork.

What you'll need to play 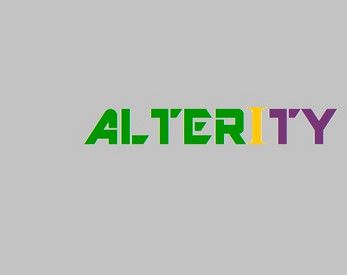